[thanks to the brilliant Laura Cowen, producer of the Ubuntu UK Podcast and uber UX god at Hursley, for writing up this event – it’s a shame I wasn’t able to make it!]

As is usually the case when I’m attending a HantsLUG (Hampshire Linux User Group) meeting, it was a lovely sunny day on Saturday. It’s like as if it knows that I’m going to be spending the day inside, geeking in front of a laptop screen. This meeting, however, we put the sun to good use, first of all showing off Hursley Park at its best, and then lunching out on the decking at the Clubhouse.

When I was a more frequent attendee of the HantsLUG bring-a-box meetings (where I installed my first Debian distro, and later my first Ubuntu), I’d often thought how cool it would be to host a meeting at IBM Hursley. But I never got as far as investigating the security and wifi hassles I’d have to overcome. Fortunately, Anton Piatek was a little braver and sent some emails to nearly the right people (who helpfully forwarded them on to really the right people), and suggested his plan to Adam Trickett, Chair of HantsLUG. Adam says he nearly bit Anton’s hand off and so it happened.

HantsLUG is one of the biggest LUGs in the UK and is our local Linux user group but has surprisingly never really (in the 7 years I’ve known them) had a huge amount of interaction with IBM Hursley. For a long time, though, there has been a good pool of Linux skills and interest in the Lab, and over the last couple of years the number of people around the Lab voluntarily using Linux as their desktop OS has risen (as has the number of Ubuntu lanyards to be seen as you walk the corridors of Hursley).

So what makes Hursley a good place for a LUG meeting? Well, for a start, it’s just a really nice place to be – and Hursley House as well as the Park are very impressive to show off to visitors 🙂

On Saturday, we were mostly in the Auditorium (where Spitfires were built during WWII), then when we led everyone down to the Clubhouse for lunch, we took the usual site tour scenic route via the Sunken Garden and fish pond. Although Hursley is out in the country, seemingly the middle of nowhere, it’s actually on the bus-route from Winchester so we had an excellent turnout of about 30 people. IBM Hursley also has a lot of cool people who do cool things that we can tell people about (although one piece of feedback I heard from a LUG person was that they thought we didn’t talk enough about what IBM does!). 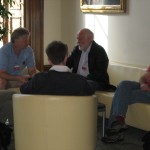 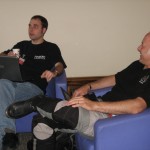 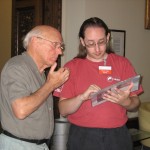 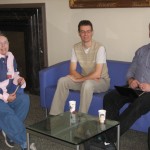 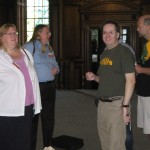 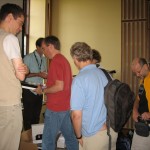 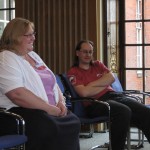 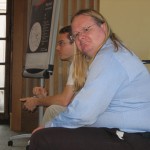 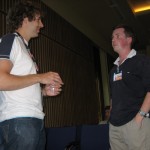 Although we had the House to ourselves, and everyone was free to stand around and chat in the Main Hall, most of the day revolved around talks in the Auditorium. It all kicked off at 11am with an introduction to IBM Hursley (and, of course, directions to the fire exits and toilets) from Anton. The inimitable Andy Stanford-Clark, fresh from a week of press interviews, enthused everyone till lunchtime with tales of mouse traps, MQTT, twittering houses, twittering ferries, water meters, and energy monitoring. I say ‘enthused’ but there must be a better term to describe the way the audience rushed the stage when Andy offered to sell Current Cost monitors at a discount…

After lunch, we had a collection of shorter talks on a range of topics:

Then everyone just hung around chatting for ages.

It was a really enjoyable and relaxed day; kudos to Anton, Stephen, and John for organising it from the IBM end. Thanks also to the IBMers who came along and to the many HantsLUG members who turned up. I’d say it was a success and we should definitely do it again. 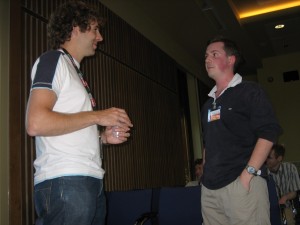 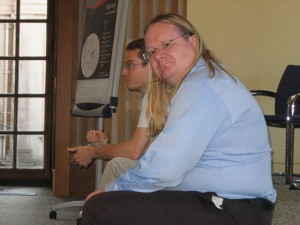 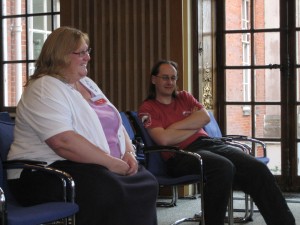 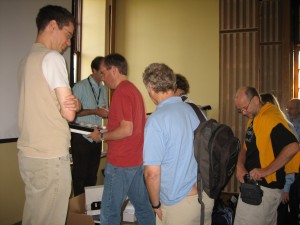 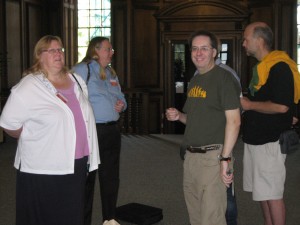 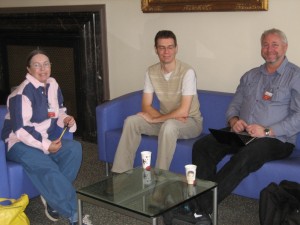 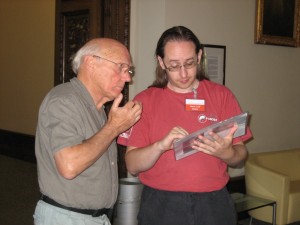 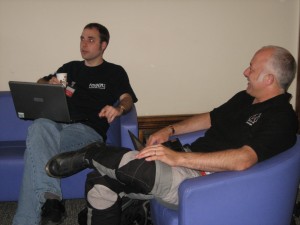 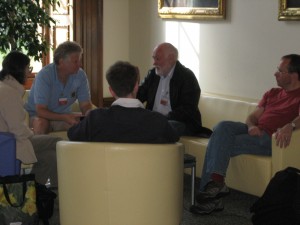 One thought on “Linux Users descend on the House”