On Friday, a film crew came to visit me at home for the day to film some of my home automation inventions, and talk to me about the process of innovation and how it sometimes leads to products and solutions for IBM.

The background to this is that our ad agency were hunting round the Corporation to find something “cool” to talk about in some advertising material on the web. They heard about “this guy in the UK who has electronic mousetraps”, and knew immediately this was what they were looking for.

A video conference and a few conference calls later, we’d scheduled a film shoot at my house on the Isle of Wight (a little island just off the coast of Southampton in the UK). I had been sent a “brief” about what they were planning, but I still didnt know exactly what would be entailed. So the key thing for me with regards to preparation was to make sure all the bits of my home automation system were up and running.

I’ve been playing with home automation projects for a few years now, all based around the IBM “microbroker” and MQ Telemetry Transport (MQTT) protocol for publish/subscribe messaging, which is just perfect for hooking in wizzy new gadgets in a very short time to enable me to try out new ideas.

So three car-loads of people showed up on Friday morning – 2 had flown in from the US just for the occasion – I felt very honoured already! There was the obligatory “IBM Minder” who lurks in the background making sure I don’t say anything “illegal”, or at least “highly regrettable”, or “significantly off-message”; the producer, interviewer, camera-person, sound-person, stills photographer, “key grip” (you always have to have one of those when you’re making a film, even though everyone knows that nobody fully understands the exact details of the job role!), um, er, oh, and a make up person to stop me being too shiny under the spotlights that were being assembled in my kitchen, and a few more people to make the number up to eleven.

The theme was that the interviewer drops in on this inventor chap at his very English olde-worlde home, on the ever so quaint Isle of Wight, and amongst oak beams, stone walls, thatched roof, miscellaneous dogs, and a modest herd of llamas, he would explain these wizzy gadgets he’s implemented and experimented with at home, which are generally spring boards to solutions that IBM sells to customers across a range of different industries. Experimenting with the concepts in the home environment gives me a chance to work out all the issues that make it difficult, and (very importantly) give me a demonstrable system to show to people.

So with lights blazing, cameras rolling, and fluffy boom mic being fluffy, I showed off my power monitoring system (live graph of how much power my house is consuming), X10 lighting system controlled using MQTT from my Java-enabled cellphone (how cool is THAT!), cellphone-activated Reindeer lights in the garden left over from Christmas, and my MQTT-enabled caller ID system that screen pops the name and a picture of the person who’s calling (if the system recognises the number) on the Kitchen Computer.

Then some of the crew went out scavenging for food (you didn’t think I was going to attempt to feed an entire film crew do you!), and they came back with, well, what can I say – I think a picture is worthwhile at this point. I think “the contents of the local shop” would be the best description! We were still eating those sandwiches on Sunday! 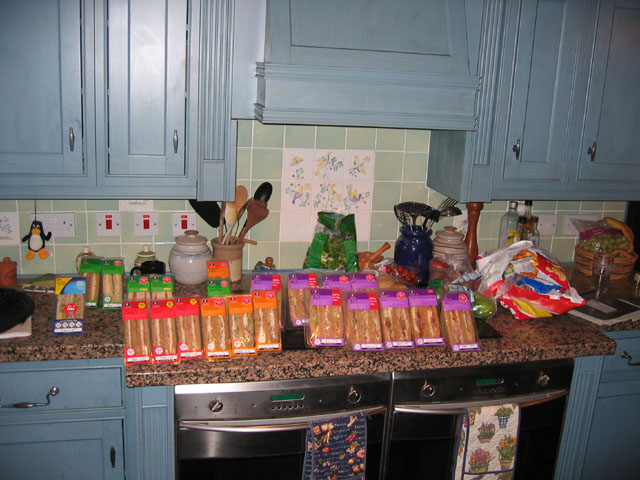 After lunch we went out to see the llamas, which the film crew instantly decided were far more interesting than me. In fact, I suspect this might end up being a film about dogs and llamas, with a voice-over by Andy Stanford-Clark! I lost count of the number of stills the photographer took of the dogs, and the makeup person, not really having a huge task, spent most of the afternoon happily playing football with the Airedale on the lawn (“to keep her out of your way”…. yeah, right!). Holding a llama on a lead in one hand, I explained to the camera how my llama tracking system will work – “track the trek with MQTT”. 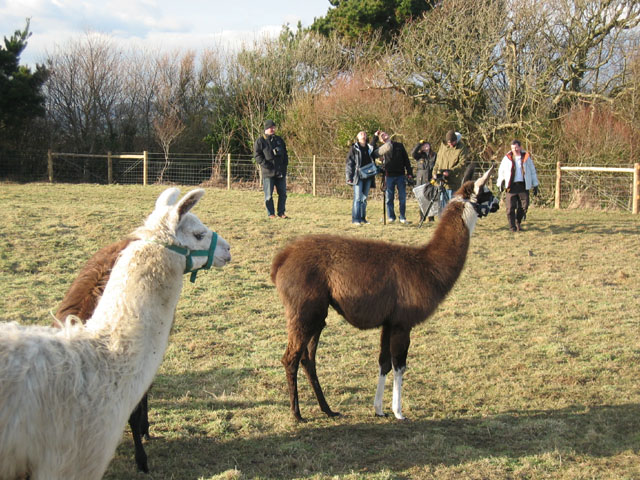 Then we went back in the house for more interviewing, and to demonstrate the system for which I’m most famous: the electronic mousetraps, which send a message to my cellphone when one of them catches a mouse, so I know to go and reset it and dispose of the “stiff” before it starts to decompose. This simple but effective system, which publishes a “mouse event” message over MQTT to a broker out on the internet, has been running in production for 5 years now, and so is the longest-running MQTT application! 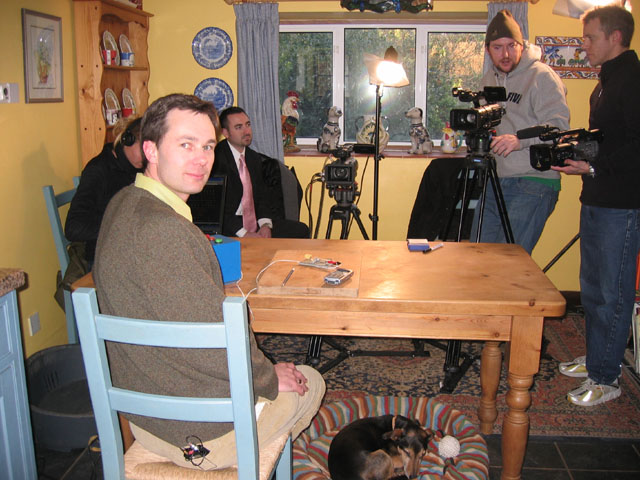 With a looming deadline of 5.30pm, the crew went into clean-up mode, packing tripods, cameras, lights, mics, dog toys (oops!), and packing them into the cars. By 5.25 they were standing in the kitchen in their coats, thanking me so much for allowing them into my home, and showing them such cool technology.

I’m so glad I took a few photos of the day, because after they’d gone, there was not a trace that they had ever been there – I am in awe of the courtesy and professionalism that they showed throughout the day.

So there you are… film star for a day!

8 thoughts on “Film Star for a day”