Back in 2007, my Mum and I got a pair of Internet-connected Nabaztag bunnies. Aside from all the online content we could subscribe to using the bunnies, the most fun thing for me was that we could ‘pair’ our bunnies so that they would talk to each other. If I moved the ears on my bunny, the ears on my Mum’s bunny would move to match, and vice versa. The 250 physical miles disappear for a few seconds when you see the ears move and know that it’s because Mum is physically moving the ears of her bunny. I know exactly what she’s doing at that particular pointing in time, as if we’re briefly in the same room. The technical term for this is, apparently, ambient awareness.

So I was curious about the Kickstarter project for the Good Night Lamp. The Good Night Lamp is a really nice and simple concept. One person has a Big Lamp (shaped like a  house) and they give Little Lamps, associated with the Big Lamp, to friends and/or family anywhere in the world. When the owner switches off the Big Lamp (when they go out or go to bed), the associated Little Lamps also switch off. An appealing part of it is that you can collect a Little Lamp from each of your family or group of friends and arrange them on a shelf so that before you go to bed at night, you can see each of them ‘say goodnight’ as their respective lights go out.

The problem I see with the Good Night Lamp is similar to the one with the Nabaztag. While I think it’s great having simple devices that do just one thing well, it doesn’t half clutter up the place. These kinds of devices need shelf-space. And it has to be shelf-space you can see easily in a place you’ll often be or they don’t work. Maybe as people replace all their books with the more easily stored ebooks, living-room bookcases will become filled with ambient devices instead. I got to chatting with Ambient Orb fan Andy Stanford-Clark about it.

While my and my Mum’s’ Nabaztags have now died or gone into hibernation and the Christmas lights never made it as far as the tree, our more lasting providers of ambient awareness don’t even have their own physical forms. Instead, they’re software on our smartphones and tablets, devices that we have around anyway, wherever we are. In particular, SMS updates of my Mum and Dad’s Tweets.

Every morning, my Mum wakes up, has a coffee with my Dad, and reads interesting articles on her iPad. I know this from when I’ve visited them and because when she reads an interesting article, she tweets or retweets it and I receive about half-a-dozen txts in quick succession. Later in the afternoon, after they’ve got home from wherever they’ve been that day (or have found free wifi somewhere while they’re out) and are drinking another cup of coffee or tea, I receive another half-a-dozen txts pointing to interesting articles online. Just receiving the txts gives me an awareness of them waking up or sitting down to read the paper. Clicking the links to the articles gives me an insight into what they’re reading and how they’re probably feeling about the topics of the articles. The fairly mundane, everyday things that we wouldn’t remember, or bother, to talk about on the phone a week or so later.

As drinking coffee or tea seems to play a regular, if side, part in the activities I’m notified about, Andy and I came up with the idea of the Ambient Kettle. In my house, we have a whole house Current Cost monitor that is connected to a server out on the Internet. It was the feed from this server that we used in my Christmas Lights project. Since then, though, I’ve added individual appliance monitors (IAMs) to a few of the appliances around the house, including the kettle. The feeds from these IAMs also go to the server and so can be used by applications that know which data to request.

So Andy hacked up a (private) Twitter account, @ambientkettle, which my Mum follows. Each time the kettle boils in my house, the @ambientkettle account tweets to my Mum:

Without being physically present or explicitly letting her know that I am making a cup of tea, she can get a sense of what I’m doing. The messages in the tweets that @ambientkettle sends are pre-canned and chosen at random but made to be chatty enough that it seems a bit like the start of a conversation. Indeed, Mum sometimes tweets back to it to say that she and Dad are also having a cup of tea or are looking forward to one when they get home, or whatever. As I say, it’s mundane but it’s those kinds of mundane things that make everyday life.

I’ll be interested to see how the Good Night Lamp gets taken up. It was featured in the very mainstream Daily Mail yesterday and its founding team has a good record of startups, product design, interaction design, and Internet of Things creativeness. And there’s something very appealing about having ambient awareness of friends and family when we’re geographically spread apart.

The post The Ambient Kettle appeared first on LauraCowen.co.uk.

As a festive entry on eightbar this year, let’s talk about Christmas lights. Twitter-controlled ones! 🙂

Andy Stanford-Clark hooked up a set of lights to Twitter. As reported in Computer Weekly:

Using some clever IBM middeware, The microcontroller sets the illumination colour based on a signal from the internet or via SMS over a GSM network – so you can tweet “ibmlights” with the word RED, GREEN or BLUE to change their colour.

In fact, the commands got a bit more sophisticated than that, with more colours and lighting patterns. Towards the middle of last week the lights ended up over Laura‘s desk, and a growing band of folks delightedly tweeted the @ibmlights account with instructions to change colour or pattern. She took some pictures for me (and some video as well, but I didn’t have time to edit it…). 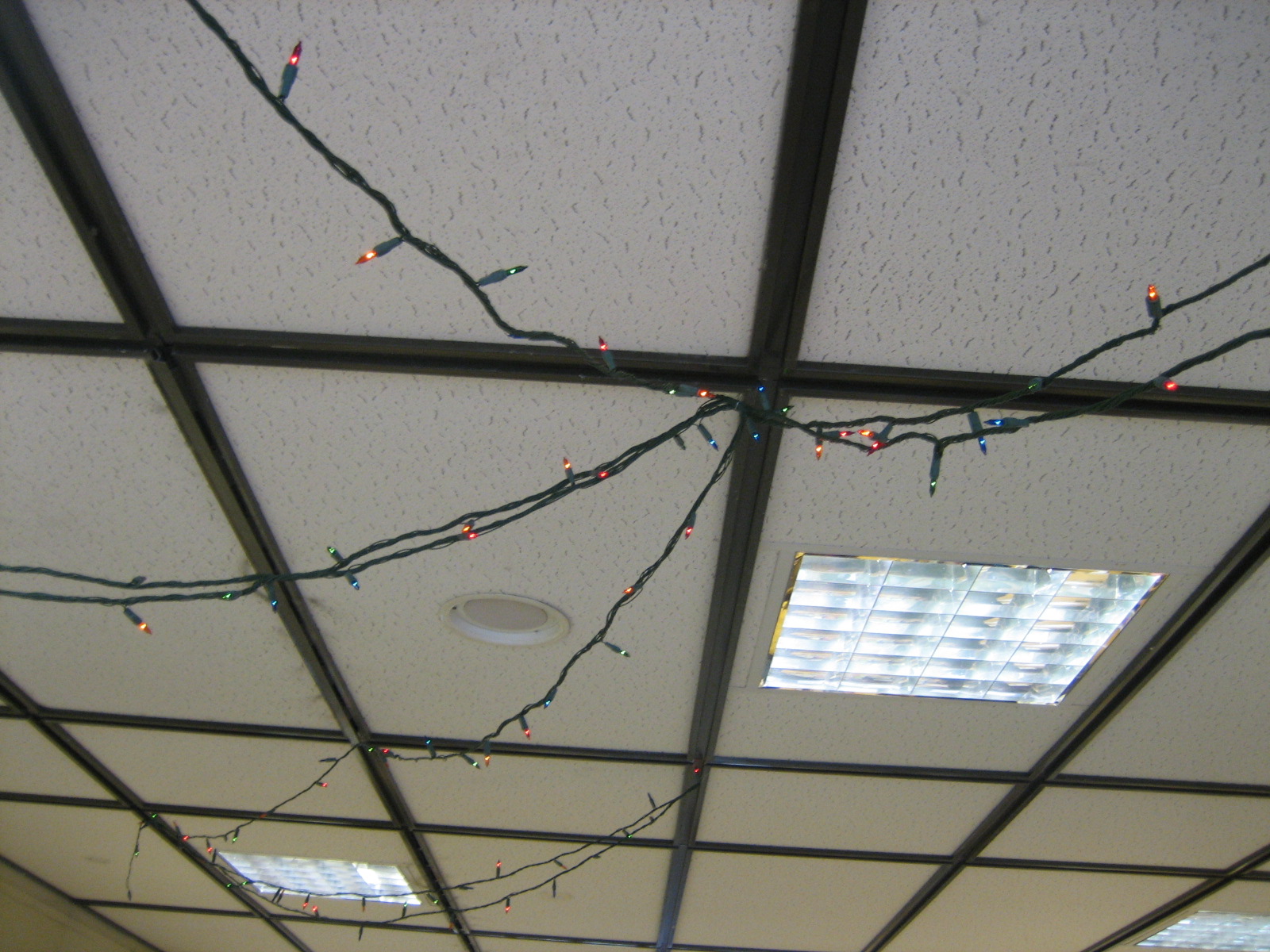 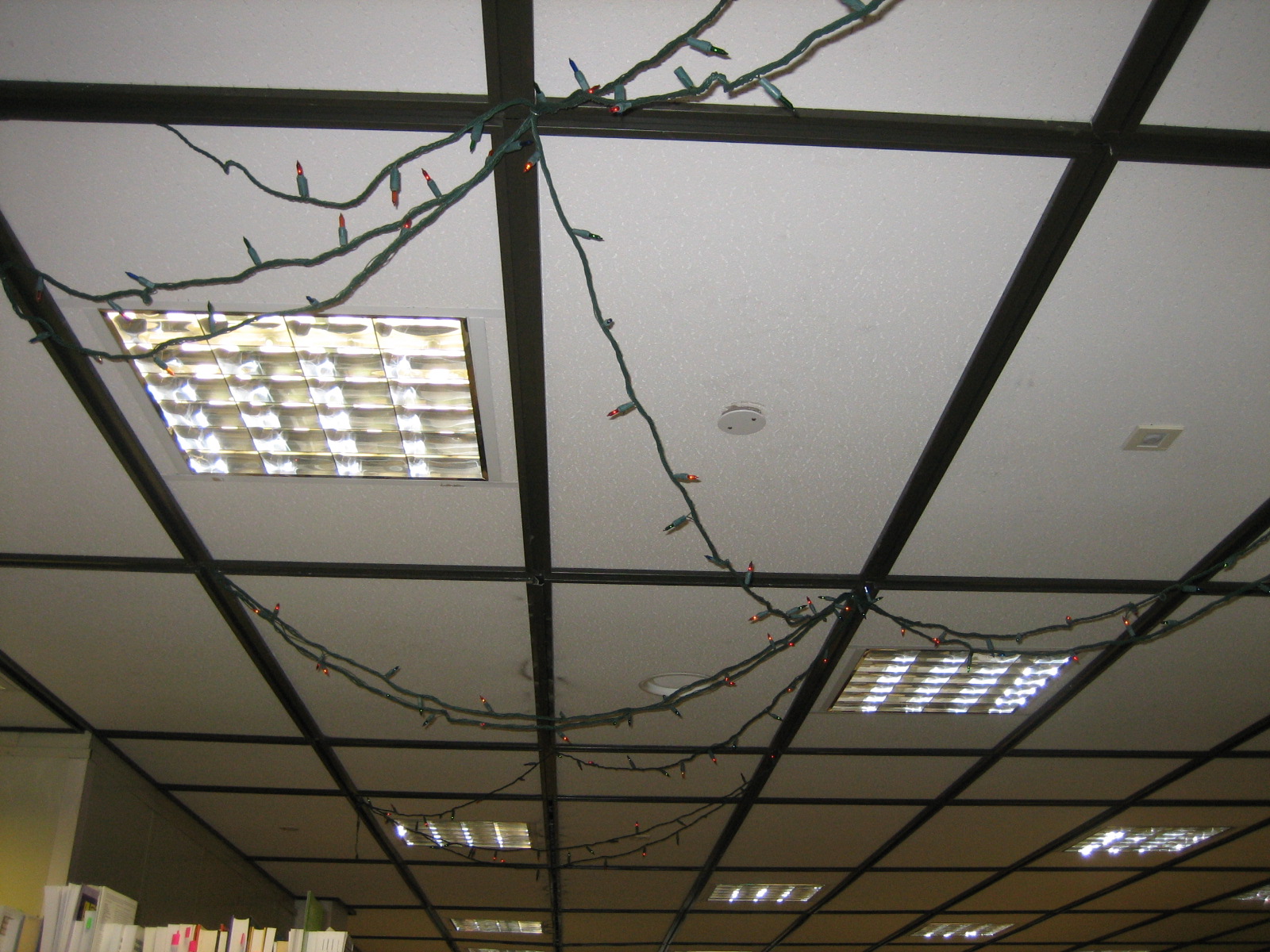 Another year of innovation and fun at Hursley! 🙂 Happy Christmas!

(by the way, well worth taking a look at the rest of the Computer Weekly article I linked above – lots more coolness from Hursley! oh, and I’m not sure how long the lights will be online… it’s just a bit of fun really)

Today is a day of mixed emotions. Today I resigned from IBM having been there for 18 years, 19 if you count my year out from university.
In all that time I have worked with some great people, and felt a tremendous sense of belonging.
Its been quite a journey, both in technical education and in personal growth. It is the extent of that growth and the speed that has not always been kept up to pace with by the system that I worked within.
I started back on green screens in 1990, very quickly moved to the PC’s and client server applications that followed shortly. Over the years the groups I worked with morphed from back office systems to customer facing ones, but in 1997 I made a break from what was traditional IT development. I threw myself into the web and the fantastic Interactive Media Centre. That itself morphed into the centre for e-business innovation but the group of people were known as Blueroom. An ecletic mix of can do people, graphic designers, producers and techies all bundled into one. That taught me that diversity of skills, coming up with ideas on the spot and good old fashioned teamwork for a common cause were what I thrived in.
For me that was the start of who I have become, the birth of epredator if you like.
When I decided that we should look in to the metaverse with Second Life back in 2006 I knew the industry was going to be big, but I was not expecting the evolutionary changes to happen to me. Getting this going turned me into a intrapreneur. The speed with which my fellow eightbars rallied and the spirit of innovation, just getting things done was simply amazing. It is something we should all be immensely proud of.
In leaving IBM I am not leaving eightbar, it is not something that can never really be left. The focus may change but I think we have made a decent enough mark in the history of virtual worlds.
Of course the question is what next? I left in order to be able to carry on and push this industry further. So in a few weeks you will see the birth of my own company, and I will seek to work and advise, speak and write just as I have done up to now. There are some significant projects that I already need to give some attention too.
There is, as I have told a few people, quite a story to tell on all this. The personal ups and and downs, the formation of our tribe and I suspect I will have to write that book after all. It will probably be called “Who says Elephants can’t Rez” or something similar.
So a huge thankyou and goodbye to all my friends, and thankyou for the support on twitter and see you all on Linkedin
I will also post this on http://www.epredator.com
See you all out there very soon.
***Update Feeding Edge is now live here, my new home

The last few days fellow eightbar  Andy Piper had pointed out that he was approaching 1,000 followers on twitter and that I was a tad behind him. We ended up engaging in a “first to 1,000 though it does not really matter or mean anything, conversation is about quality… etc” competion.

Something happened somewhere, I am not sure what got out there, but I tapped into a network, or commented to some mover and shaker and boom, I hit over 1,000 very quickly. Andy has now topped that too so there was not a lot in it.

I pointed out this is a bit like gamer points on xbox live. They can mean something in context, and mini competitions and bonding experiences can happen, out of the main context of the plot of the game. So yes, a huge twitter following can be a bad thing, but equally it did not do any harm to recognize one anothers proximity to the “magic” 1,000. In fact its like watching your odometer on the car roll over to 30,000 miles or Andy SC’s unix time frame tick over a significant boundary.

Anyway you can find us both on Twitter and bask in what ever celebrity glory this is, Andy and me